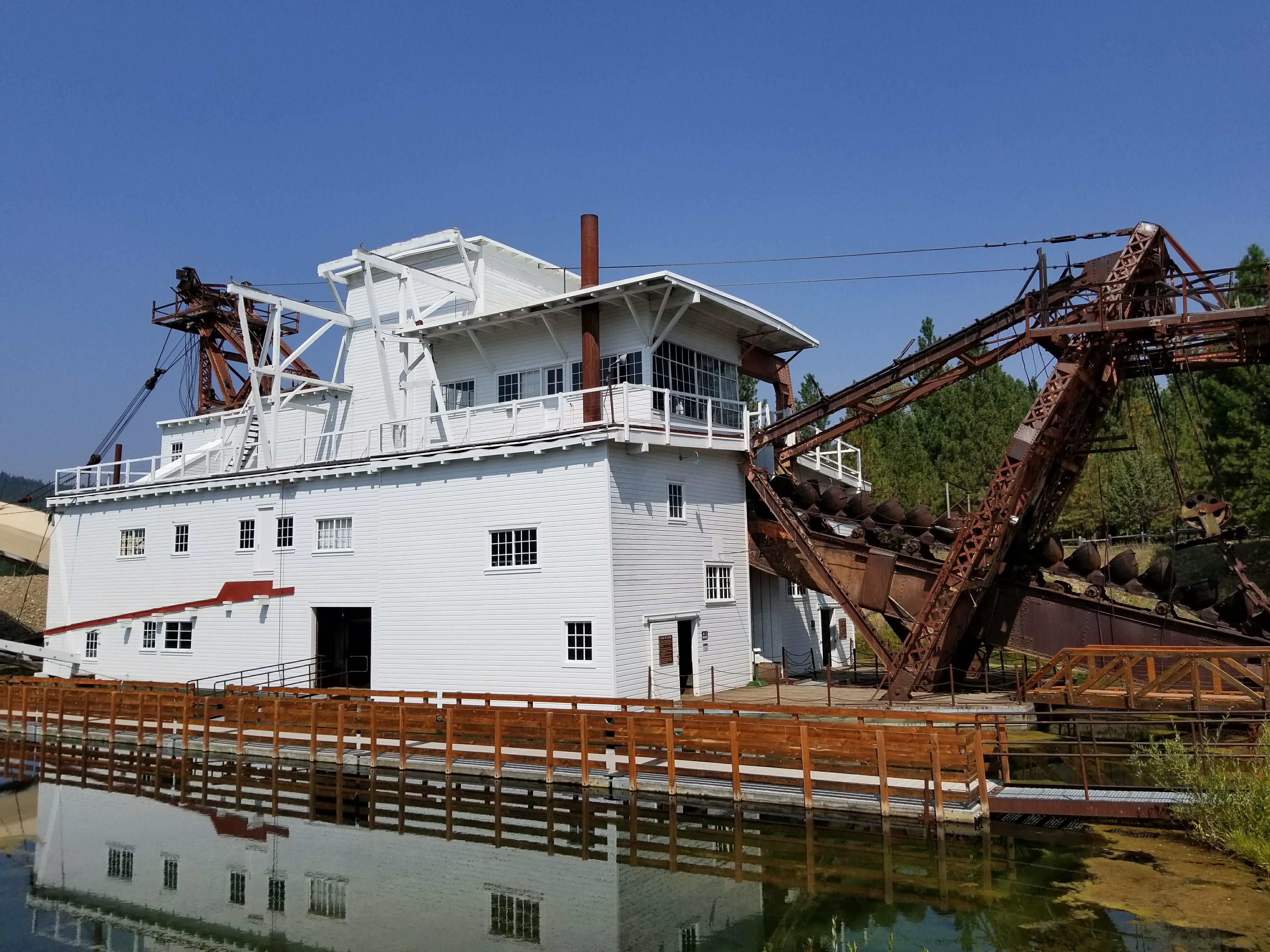 Sumpter Oregon population in 2010 was 204 people. It is named after Fort Sumter by its Founders and known as the gold rush ghost town of Southern Oregon. Once sported seven hotels, 16 saloons, 3 newspapers, two churches a Opera House in addition to two Banks and a famous red light district.

Three times a year Sumpter has a very famous flea market, Memorial weekend 4th of July and Labor Day weekend. With over a thousand people with umpteen million things to sell, trade and barter for.

Stretched for miles across the Sumpter Valley and following Cracker Creek in the Powder River are mounds and mounds of rock and debris, remnants of the dredges that once operated in this Valley.

A fun historic town to explore and don’t forget the famous flea market, see you there sometime!!!

Oh and I might have left a Bend Rock behind, painted by my daughter Sarah.
Until Next Time from Just Around The Bend♥♥♥♥

This site uses Akismet to reduce spam. Learn how your comment data is processed.

Our Home Away From Home

We are Jeff and Liz from Bend Oregon. Four years ago we purchased a Toyota Tundra Pick-up, bought a new Arctic Fox 25 P travel trailer, retired two years later and our adventures began. Our trailer is 4 season ready and so are we. In the past four years we have traveled extensively through the Pacific Northwest into British Columbia and spent the last  two winters in The Sonoran Desert. We are ready to head out and see the rest of the country and lots more of Canada. We will keep you posted on upgrades to our trailer and life on the road. Happy Trails from JUST AROUND THE BEND.